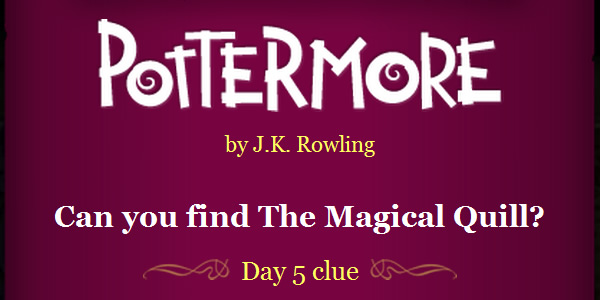 My daughter and I are HUGE Harry Potter fans, so when I heard of Pottermore a month ago I promptly signed-up to get early access (which was slated to occur by the end of July). Well, July came and went and nothing. Not even an owl.

So I decided to check out Pottermore yesterday to see what, if anything, was going on and noticed that they had abandoned their strategy of offering early access to those who had registered early and started a whole new early access program.

This new program started July 31st and runs for 7 days. To participate, interested fans need to visit Pottermore for the daily clue. Since early access is limited, the clue is shown during a random window of time, which lasts for about 30 minutes before all available slots are taken.

Those fortunate enough to visit the site at the right time will be shown a clue. If answered correctly they will need to follow a series of steps to find the magical quill. All the information you need to find the quill is provided on the Pottermore site.

Despite the good information provided by the site, I had a little difficulty locating the quill today so I figured I would slap together this visual guide so you can get a heads-up on what to look out for and avoid some of the flailing I did. 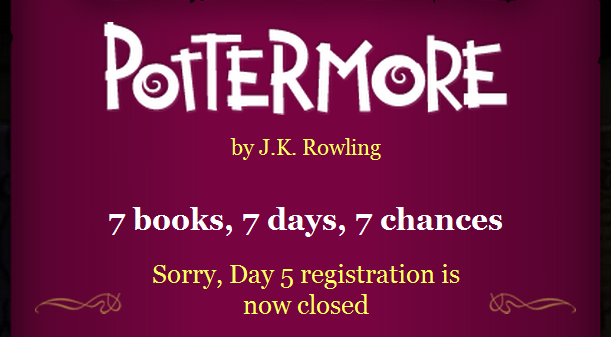 So here is the idea. The pottermore site is allowing early entry to a finite number of people. To control the number of people and generate hype they are “opening the doors” for a small window of time each day. When that window is open, visitors are asked a Harry Potter trivia question. The answer to that question must be appended to the following URL to be taken to a page which contains the magic quill:

So for example, today the question was:

What is the house number of the Headquarters for The Order of the Phoenix in Grimmauld Place? Multiply this number by 21 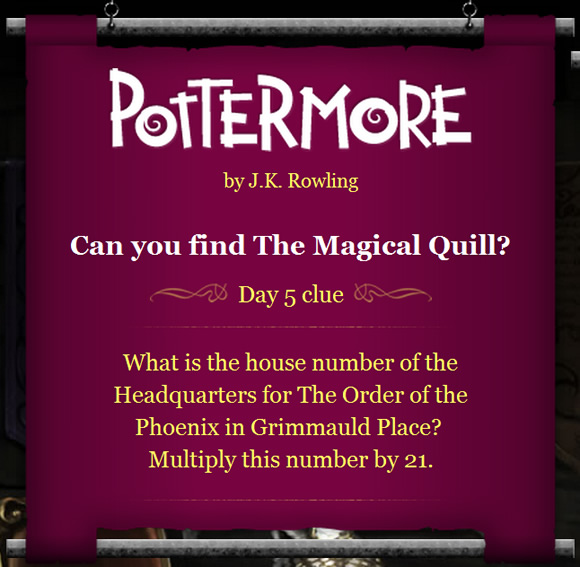 So the secret link was:

Pointing your browser to this address took you to scholastic (though it seems to change daily) where you then had to search for the magical quill which was located in a horizontal banner ad at the very top of the page.

An unfortunate choice because it was labeled as an ad (which thoroughly confused me resulting in my ignoring it for about 10 minutes before finally clicking it).

Clicking on the floating quill allowed you to register for early access. 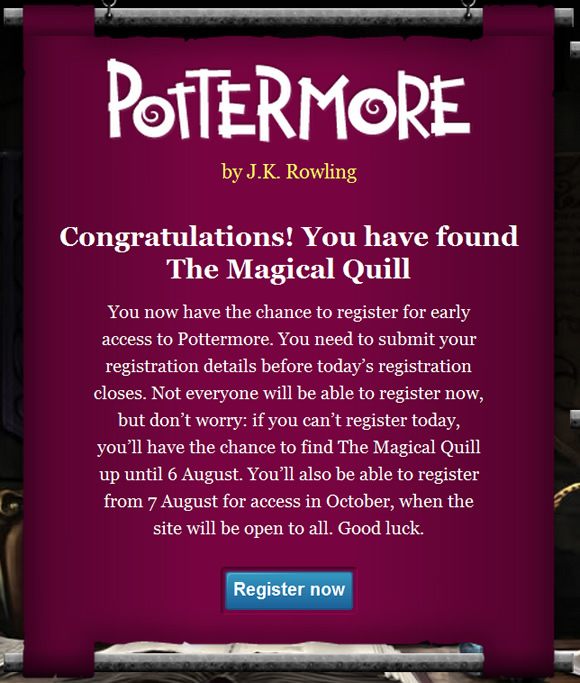 For those of you still searching, today’s clue asked asked:

How many chapters are there in HARRY POTTER and the Half-Blood Prince? Multiply this number by 14.

So the secret link was: 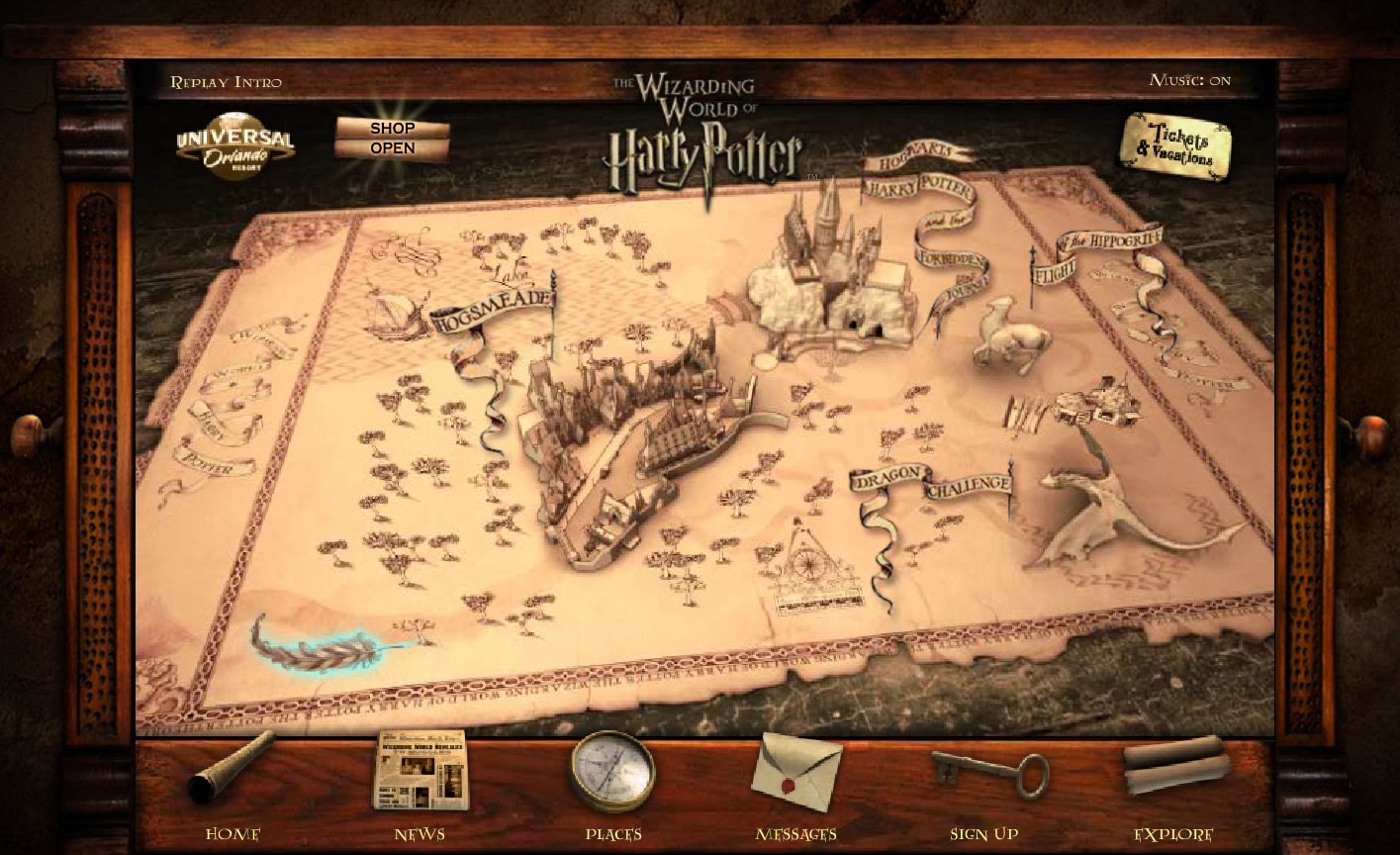 Upon correctly answering the question users were taken to The Wizarding World of Harry Potter page and after a short animation were shown a map with the magical quill clearly visible this time.

If you still have not gotten in you have one more chance tomorrow. Good luck!